Being in Loving Kindness is often a confusing situation for many of us. Just today I found myself advising a beautiful kindhearted friend who has found herself inviting a house full of homeless, moneyless people to squat her home for the last year. These people have not contributed to the upkeep of the house, nor have they been kindhearted in return for her generous giving of both space and time.

She made the point that we must be in service to those who are less fortunate. Of course I agree, but I reflected without kindness to herself, without showing herself the same respect and caring she showed these others then she would never be able to live a balanced and happy life. Not only but she is living in an in-authentic way. She is saying one thing and doing another. She is demonstrating with insincerity looks like. She was basically in conflict with her moral , society based belief system which instructed her to be ultimately giving even at the cost to her own wellness.

I strongly disagree with this self abuse.

I suggest that without showing ourselves that initial loving kindness we’ll never be able to inform the universe that we’re worth a damn ( as my American Grandpa used to say). In other words, if we’re so focused on the wellness and charity to others simultaneously disregarding our own happiness then we’re inviting the rest of the world to take a big dump on our doorstep.

I call these kind of lovely giving (self destructive) individuals ‘people pleasers’. They’re so programmed to believe, usually through years of rejection and or abuse, that they’re not important and not worth anything. In an attempt to correct this belief they go out and give everything they are to everyone else. This way they never need to look at their own trauma and they start to witness that they are not only useful but actually vital to the survival and thrival of others.

This is not a healthy way to be, it leads to compression and non expression of personal wellbeing. Our course is not to give to others and reject ourselves. This is the same issue that those who do this had as children. Break the cycle of rejection that continues to perpetuate by turning around and giving to yourself. You are the most important person in your entire world!! How would you life be without you? You’d be screwed, and not in a good way!

So here is the point. If you are living in self rejection, even if you are giving charitably to everyone else, then you are basically saying you’re not good enough to be respected and honored and as such the rest of the world and Universe at large will treat you the same. You are living in dissonance as opposed to resonance- Live thrives in resonance and coherence and dissonance and incoherence is what destroys the function of a system (such as life).

It’s our job to free ourselves from our own self abuse. It’s not about punishment and rejection, never  was. God doesn’t give a shit if you hurt yourself because you think you’re bad. You’re not accumulating  points by treating yourself like shit, there’s no rewards scheme for self deification! It’s not Shell!

If you want to start to be a role model for your fellow humans, then treat yourself with love and respect  and the rest of the world will start to evolve (plug www.bookevolve.com) If anyone comes along and treats  you out of coherence with this self love, then simply delete them from your life. I’m not talking shovels in the  Nevada dessert but simply kindly facilitate (meaning ‘to make easy’) their removal from your life. It’s your  choice!

Once you start to effect changes with this respect then all the limits and same repeating shit habits and cycles  in your life will start to shift. You’ll be amazed at what happens simply by making the choice to treat yourself  with loving kindness. 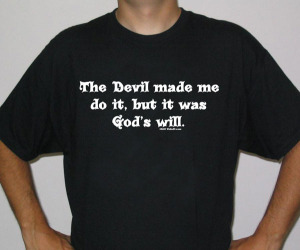 Welcome to the rest of your fulfilled loving life!