#Freedom to Choose is a Trap – #Happiness Imagined & True

#Freedom to Choose is a Trap – #Happiness Imagined & True 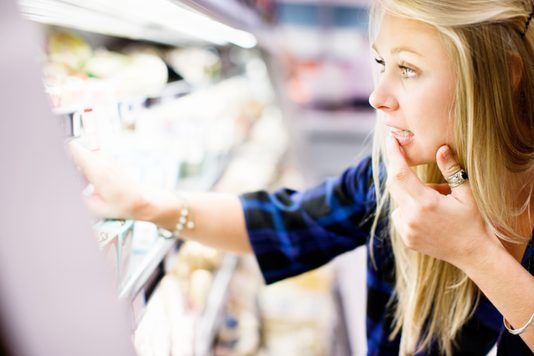 Recently I was thinking about choice and if we have any freedom over it whatsoever. I mean everyone hates going to the supermarket and choosing from the 20 different brands of the same washing powder!

Do we actually have choice and if so what is the best environment to make these choices within? There are several ways to look at this. From one perspective we don’t choose our genetics, nor do we choose our environment into which we are born and thus how can choice come from two things you didn’t choose? We it can’t, but that’s a bit deep for most, let alone quite damning of the romantic idea we are actually here to DO something! This philosophical conundrum was what got me thrown out of the Theosophical Society in London, they just couldn’t take the idea that maybe they were not driving, or more precisely that they didn’t choose the driver who was driving.

That aside, lets assume we, as unique individual ‘determinators’ of our own destination, have full control over our choices.

So what is the best environment within which to make choices? On thing I always notice is when there is lots of choices I find it more difficult to select the one I want than if there were only a few choices. It’s like deciding what to watch on TV now there are over 100 channels. Actually making a choice is quite difficult! An on going joke amongst some of my closest friends is over movie selection. We have hard drives filled with hundreds of films that are available at a flick of a switch. However, without fail, we spend at least a good hour trying to choose which one of the movies to watch! It gets literally to the point we are so bored with the entire idea, we something else. The sheer volume of choice makes choices actually harder rather than easier.

So choices actually make choosing difficult! Imagine how confused the children of today are. How simple it was back in the day (a wednesday!) when there were not many life choices. You followed in your father’s or mother’s footsteps, you carried on the traditions of the family and you were happy. This turns out not to be illusional happiness, it is real. Now however we know, especially growing up with the internet, that we can be anything we like. In fact we can ‘have’ anything we like! This kind of makes sense then as to why we have now more disillusioned children and young adults than ever before. Also why we have more divorces and relationship breakups than ever before. Without the old school religious and culture stigma of separation (divorce) we are now doubting our very choices, because we have OTHER choices.

The below TED talk by the excellent Harvard Psychologist Dan Gilbert outlines this wonderfully. It turns out that if we have the ability to change our minds and make other choices we are actually over all less satisfied and less happy with the choice we have made. If on the other hand we have to make a choice and there is no going back, we end up more content with our choice. It reminds me of the famous Festinger and Carlsmith (1959) experiment in forced compliance. The basic idea is to give the test subjects the most dull boring task to do, then ask them to lie to the next subject and tell them it was really interesting. Subjects were put into two conditions, one they were give $1 to lie and the other they were given $20 to lie. What they found is 1 week later the subjects (participants) who were given $20 still thought thew task was boring and rubbish, where as the $1 group significantly changed their belief, remembering the task as not that bad, actually quite good.

The explanation of this changed understanding of social conditioning. It’s all down to cognitive dissonance. Cognitive dissonance is when there are two conflicting feelings within the person’s consciousness and can be very uncomfortable. People will do almost anything to avoid this. So in the $20 group they could justify lying because they were paid $20 to lie and so kept their opinion. In the $1 group they couldn’t justify being ‘paid off’ to lie and so experienced cognitive dissonance at having to lie without any justification. This meant that the best way to reduce the dissonance (between what they lied and what they felt) was to change how they felt towards the task in the direction of the lie. This cognitive dissonance is often felt in stressed out workers where they have no control over their working environment, or they have to say one thing and believe another because the boss says so. This issue is a big problem in corporate decision making because people’s real opinion is corrupted by environmental factors causing conflict and fear of reaction.

On a more practical example, my mum does something excellent. An example is she recently upgraded her phone. She asked me which phone she should get. Being an apple geek I of course said the iphone. She got talked into another phone (Samsung) and brought it home. She, having made the choice, committed her self to the choice and in her head there was no turning back (because to turn back would be to admit she made a mistake, and my mum is never wrong!) As such she believes she had no other choice (once she made the choice) and this enabled her to LOVE her choice even more without regret.

This is a psychological phenomenon – the more you believe you have no ability to change the thing you have chosen, the more likely you are to accept that said thing and like it. If you KNOW you can swop it at any time (a phone, a partner, a job) the less over all satisfaction you will have with your choice.

And here is the rub! You ask people, no ask yourself, if you had to choice between two phones and you had the further choice to be able to swop that phone for the other option in the future or that your choice was fixed from the moment you made it – which would you choose? You’re damn right , you’d choose the one that allowed you to change later! But ironically that option actually makes you less satisfied with the choice you’ve made 🙂

It all comes down to the difference between imagined truth and actual truth. The frontal lobes enable us to imagine what the future may hold. If we can choose another option, then the grass is always greener and we become less satisfied with your actual reality and imagine another brighter one – this is part of evolution – this is why i called my book evolve

In actual fact the vast array and freedom of choices are actually making us less satisfied with the choices we’ve made! Irony has no bounds 🙂

So be mindful of your desires to have more choices in life, the freedom might actually be the prison of your dissatisfaction!

See the video below for a video explanation.